Labour, New Zealand First, National and the Greens gathered for an electrifying tautotohe at the RNZ-Pacific Media Network Te Kōwhiringa 2020, where for an hour, they tried to convince Māori voters that they were worthy of their support.

The Māori economy, job support, housing, treaty partnerships, mana motuhake and Ihumātao were just some of the issues canvassed.

Willie Jackson, list MP and senior strategist for the Labour Party’s Māori caucus, was made to defend what the government of Jacinda Ardern had achieved for Māori.

The party holds all seven seats, and in all polls for this election so far, looks likely to command a majority of support in party votes. But the other parties contended that Labour had done little to pay back the support given to them last election.

“OK, it was a bit of a slow start,” Jackson conceded to jeers. “We were restricted in a number of areas, as you are in a coalition government, but I know that the next three years, things could be quite different.”

Covid-19, which has further exposed deep inequalities in the health system, was one of the main topics. Māori health providers have complained of having to fight to be heard during the pandemic, while in the day-to-day, they are forced to live off crumbs.

“Look at the [Epidemic] Response Committee, who put on the table ‘what are the testing rates for Māori?’ It was us,” said Dr Shane Reti, the National Party’s health spokesperson.

“Our policies are that we will pass through an equality filter all health policy going forward,” he added. 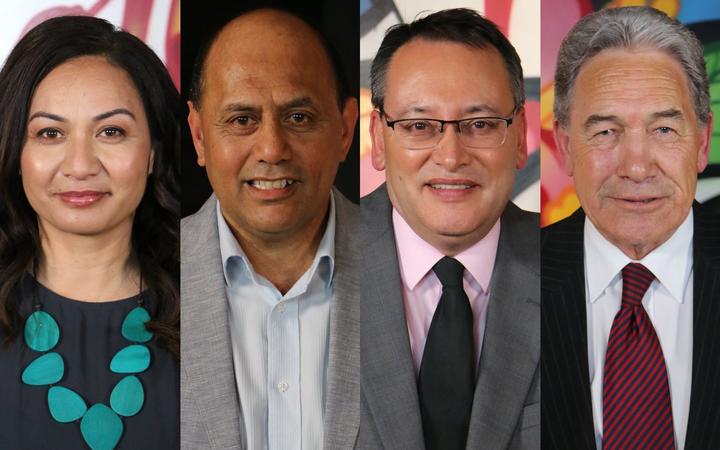 The debate then lurched to the pandemic-induced recession Aotearoa now finds itself in. The third once-in-a-generation economic disaster in little more than a decade which, once again, Māori are forecast to bear the brunt of.

How would Māori be supported, and how would that gap be narrowed? That is where views diverged. Was more targeted support needed, or should Māori providers be given the funds to do it themselves? Would infrastructure investment and trade training programmes really help?

“We are seeing that it is women, particularly Māori and Pacific and brown women, who are bearing the majority of the Covid-19 job losses,” said Marama Davidson, co-leader of the Green Party.

Then it swung to housing, which again, Māori are increasingly priced out of. Social housing waitlists have ballooned, as have prices and rents, which have nudged poorer families – many of whom are Māori – out of the market.

“Generations of people struggling with housing is immoral and expensive,” Davidson said.

Bring back the old ways – Peters

Winston Peters, leader of NZ First, believed a return to the past was what was needed.

“The Department of Māori Affairs in the ’50s and ’60s was building far more homes on the Māori ratio than we are now,” he said. “You don’t need to go down all these new-fangled tracks, just go back to doing what we used to do. Building houses ourselves.”

Jackson spoke of Labour’s work on papakainga and state houses, while trying to move on from the botched Kiwibuild programme. Reti, however, said Labour could not be trusted to follow through considering the growing number of people who need a home.

On Ihumātao, Davidson, who has been a regular visitor to the whenua, said it should have been resolved long ago, while Jackson said a deal was imminent, though would not be drawn on a date.

Reti and Peters were completely opposed to a resolution.

The Māori Party had been invited and were due to attend until they had to withdraw at the last minute, while the ACT Party declined to take part.