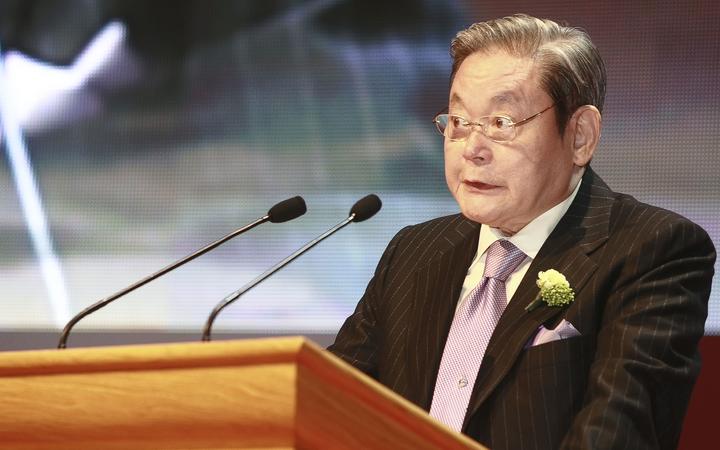 Lee Kun-hee introduced some radical changes to Samsung when he took over leadership of the company from his father.
Photo: AFP

Lee helped to grow his father’s small trading business into an economic powerhouse, diversifying into areas like insurance and shipping.

During his lifetime, Samsung Electronics also became one of the world’s biggest tech firms.

He was the richest person in South Korea, according to Forbes, with a net worth of nearly $US21 billion ($NZ31.4b).

Samsung said Lee died yesterday with family by his side, but did not state the exact cause of death. A heart attack in 2014 had left him living in care.

“All of us at Samsung will cherish his memory and are grateful for the journey we shared with him,” the firm said in a statement.

Lee was the third son of Lee Byung-chul, who founded the Samsung Group in 1938. He joined the family firm in 1968 and took over as chairman in 1987 after his father’s death.

At the time, Samsung was seen as a producer of cheap, low-quality products. But under his leadership radical reforms were introduced at the company.

Lee became famous for telling employees in 1993: “Let’s change everything except our wives and kids.” The firm then burned its entire mobile phone stock, consisting of 150,000 handsets.

Lee rarely spoke to the media and had a reputation for being a recluse, earning him the nickname “the hermit king”.

Samsung is by far the largest of South’s Korea’s chaebols – the family-owned conglomerates that dominate the country’s economy.

Chaebols helped to drive South Korea’s economic transformation after World War II, but have long been accused of murky political and business dealings.

Lee was twice convicted of criminal offences, including the bribing of former President Roh Tae-woo.

He stepped down as Samsung chairman in 2008 after he was charged with tax evasion and embezzlement. He was handed a three-year suspended jail sentence for tax evasion but was given a presidential pardon in 2009 and went on to lead South Korea’s successful bid to host the 2018 Winter Olympics. 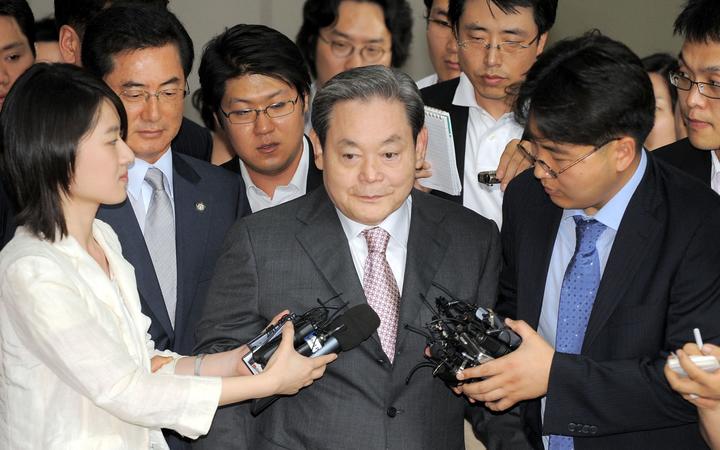 Lee Kun-Hee is surrounded by reporters after being found guilty of tax evasion in 2009.
Photo: AFP

He returned as chairman of Samsung Group in 2010, but was left bedridden by the 2014 heart attack.

Lee’s son, Lee Jae-yong, has served jail time for his role in a bribery scandal which triggered the ousting of then-President Park Geun-hye from office in 2017. Last month, prosecutors laid fresh charges against him over his role in a 2015 merger deal.