The new Assistant Māori Commissioner for Children has laid down the wero (challenge) for Oranga Tamariki to commit to eliminating racism in her first day on the job. 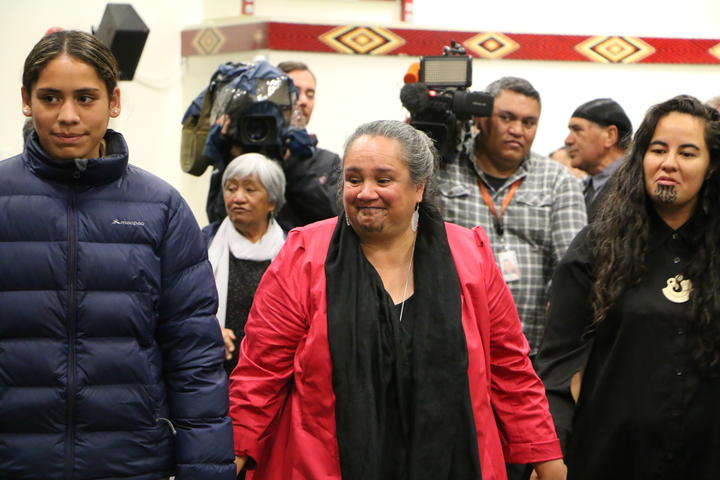 Glenis Philip-Barbara, with her whānau and supporters from Ngāti Porou, was welcomed at a pōwhiri at Pipitea marae this morning for the beginning of her job in the newly created role of Assistant Māori Commissioner.

She teared up as her whānau sang a waiata and hugged her goodbye, as she crossed over to the hau kāinga side of the paepae to join her new colleagues at the Office of the Children’s Commission.

She said she was already feeling homesick but excited to changes the lives of tamariki.

“I’m reminded that we’re here for our tamariki – all of us.

She said the first thing she wanted to focus on in the job was eliminating racism in Aotearoa so every child could grow up in a country free of racism that was limiting their potential.

She also wanted the head of Oranga Tamariki, Grainne Moss, to make that commitment.

“I think if OT was to commit itself to a journey to eliminate racism from its ranks – first to acknowledge it exists, and secondary to get on that journey – I mean Gisborne District Council for example, little old council back home, has committed itself to a journey on anti-racism, I think that’s inspiring considering everything they’ve been through, I think other big organisations can do the same.” 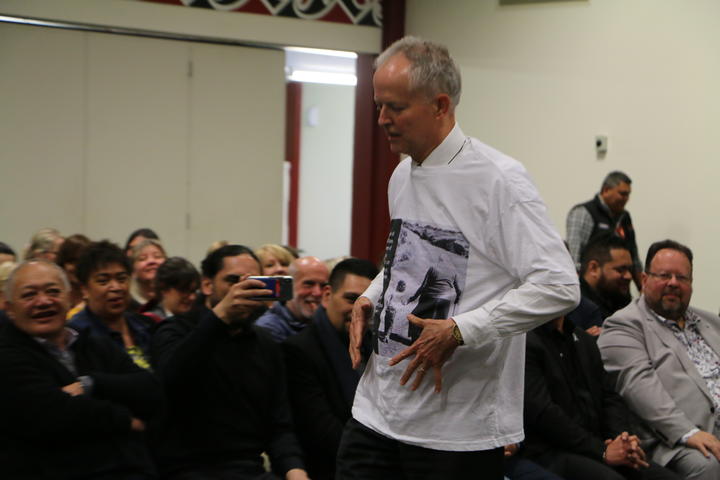 Children’s Commissioner Judge Andrew Becroft said Philip-Barbara’s appointed was about ensuring there was both a Māori and non-Māori view in the Commission.

“We have to embed that view into the DNA of our organisation so it’s a significant step forward – it won’t be easy but I think it’s absolutely necessary.”

“The challenge for us and for me will be to share power, easily said, but it’s going to have to mean doing things together, shoulder-to-shoulder, side-by-side,” Judge Becroft said.

He said that Māori mental health, racism – particularly in education – and Oranga Tamariki would be the major issues he wanted to begin work on with Philip-Barbara.

“There is a dream of a new approach, a transformative approach by Māori, for Māori, for Māori children, and we’ve talked, and dreamed about those things and – watch this space – there’s a report coming out shortly.”

“Eliminating racism and bias is a challenge for all of New Zealand to tackle, and I look forward to working with Glenis on this and other goals in the future,” she said in a statement.