Black Caps’ pace bowlers repaid the faith placed in them on the first day of the opening test, before some late hitting by Ben Stokes lifted England to 241-4 by the close of play. 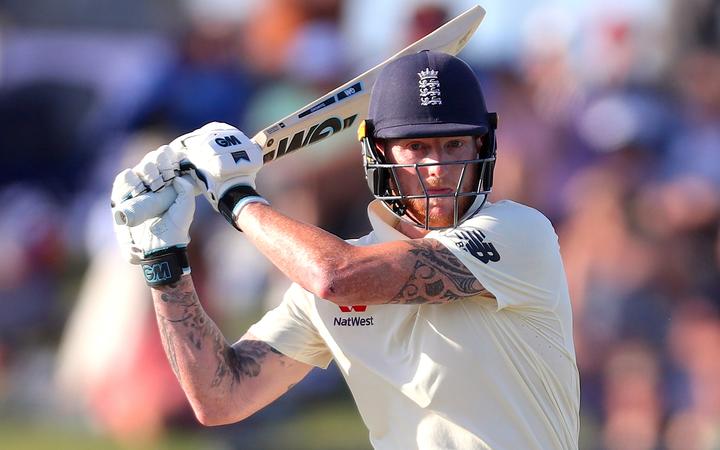 England’s Ben Stokes hits a shot on day one of the first Test cricket match between England and New Zealand at Bay Oval in Mount Maunganui on November 21, 2019.
Photo: David Gray / AFP

Stokes (67 not out) boosted England’s total after New Zealand conceded around two runs an over for most of the day on the Bay Oval pitch after England captain Joe Root won the toss and chose to bat.

Ollie Pope was on 18 at stumps.

Joe Denly made 74 and shared in a 61-run partnership with Rory Burns (52) and an 83-run stand with Stokes as the top order gave England a solid start.

New Zealand’s pace attack of Tim Southee, Trent Boult and Neil Wagner, however, made life difficult for the visitors after the pace trio had been in danger of being broken up for the match.

Fast bowler Lockie Ferguson had been expected to make his test debut in Mt Maunganui, probably at the expense of Southee, but captain Kane Williamson confirmed on Wednesday the trio would be retained.

All three have been instrumental in a purple patch of results for the hosts at home over the last two years, where New Zealand have won six of their eight tests.

Prior to the first of two matches in the England series, Southee had taken 36 wickets at an average of 23.38 in home tests over the last two years, while new ball partner Boult led the attack with 49 at 21.42. Wagner had taken 41 wickets at 22.19.

The trio, along with all-rounder Colin de Grandhomme, created pressure throughout the majority of the day.

It was only the last 10 overs before the second new ball was taken when Stokes and Denly began to play more freely and attacked a tiring Wagner and left arm spinner Mitchell Santner.

Southee, however, coaxed a false shot from Denly in the second over with the second new ball to remove the right-hander just as he looked set to push on to his maiden test century.

Boult was also unlucky when Stokes was dropped by Ross Taylor when the first slip appeared not to see the ball until it was too late.

The second test is in Hamilton from 29 November to 3 December.