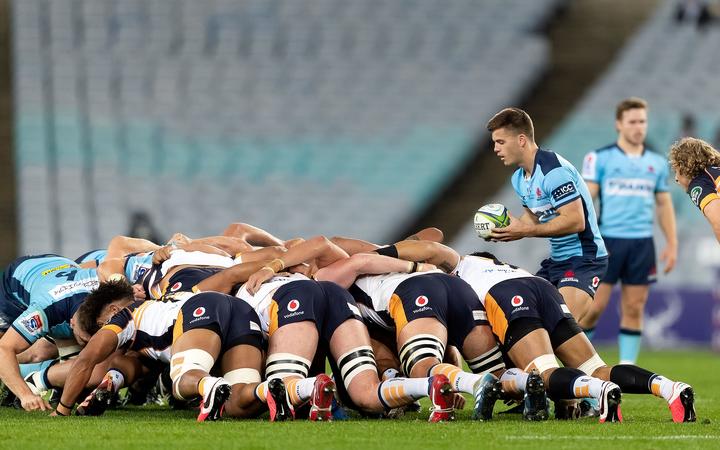 With the broader Super Rugby competition under a cloud due to COVID-19, NZR has committed to a tournament of eight to 10 teams, featuring its five Super Rugby teams and a potential side from the Pacific islands.

RA are pushing for its four Super Rugby teams and Perth-based Western Force to be involved in any future competition with New Zealand.

“They’re trying to split us from Rugby Australia,” Davis said in comments published by the Sydney Morning Herald late on Wednesday.

“It’s appalling really. We’re not going to split or destroy the code by dumping two or three sides. It would do irreparable damage to the game here.”

NZR and RA did not provide immediate comment on the report.

NZR said on Friday it would work with RA to seek expressions of interest from Australian clubs and other interested parties to join the competition.

Davis said Australia should flip the script and set up its own competition.

“What’s good for the goose is good for the gander. NZR went straight to the clubs and bypassed Rugby Australia. We can do exactly the same,” he said.

He also questioned whether Australia or NZ could afford to snub each other.

“You need 12 (teams) to make any money and they want to play against us,Gǥ Davis said.

“We need New Zealand as much as New Zealand needs us … We’ve got 25 million people in our country, they’ve got five. Economics runs this game and says they would partner with us.”