Shooter Monica Falkner has capped a remarkable return from injury by being named in the Silver Ferns team for the upcoming test series against England. 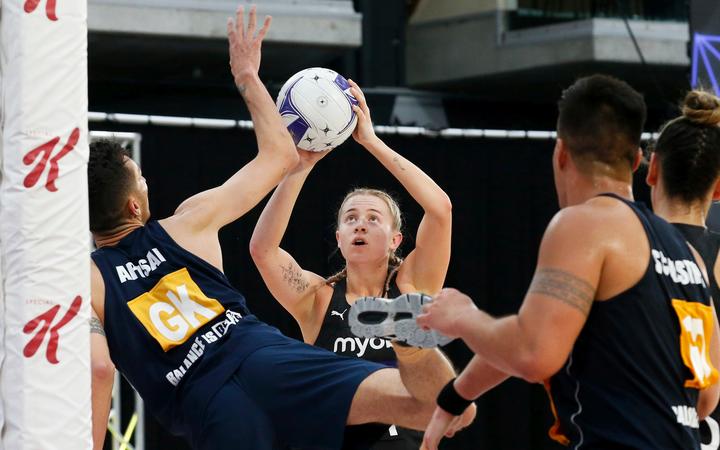 Monica Falkner in action for the Silver Ferns against the New Zealand men
Photo: Photosport Ltd 2020

Falkner has been included in the 12-strong New Zealand strong after a 15-month injury layoff due to a ruptured anterior cruciate ligament in her knee.

After sitting out the entire ANZ Premiership season, She played against the New Zealand men and New Zealand Under-21 side in the recent Cadbury Netball Series, but didn’t feature in the final.

Falkner was first named in the Ferns in 2017, but has yet to play a test.

“Monica has shown her desire to be here and wear the black dress,” coach Dame Noeline Taurua said.

“We’ve been really pleased with what she has put out on court and what she brings to our shooting circle.”

Captain Ameliaranne Ekenasio and Maia Wilson are the other shooters in the squad, with Te Paea Selby-Rickit overlooked. 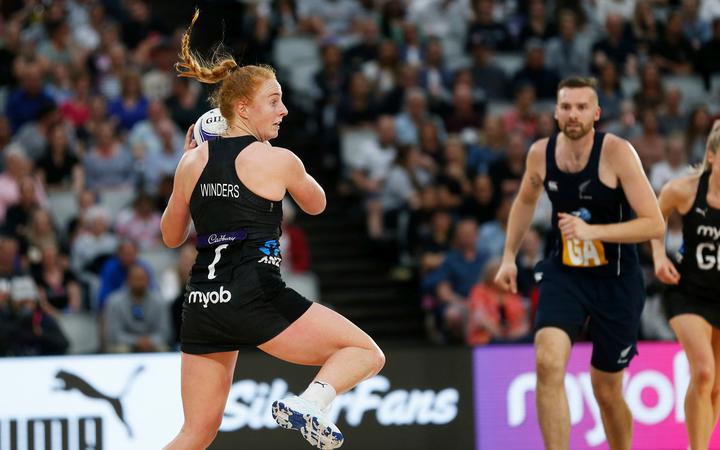 Sam Winders in action for the Silver Ferns against the New Zealand men
Photo: Photosport Ltd 2020

Karin Burger has been selected as a circle defender, alongside Jane Watson, Sulu Fitzpatrick and Kelly Jury.

Mid-courter Kimiora Poi and young shooter Grace Nweke have missed out on selection, after featuring for the Ferns in the Cadbury Series, but Nweke has been named as a training partner.

Taurua has been pleased with the progress made by the 18-year-old but was also mindful about letting her grow in the professional environment.

“We’ve been working a lot with Grace, she is such a sponge in our environment and learning our structures, she has really embraced being in Silver Ferns environment.

“Now it’s about ensuring that she is well supported moving forward and so that she can consolidate her core fundamentals of her role.” 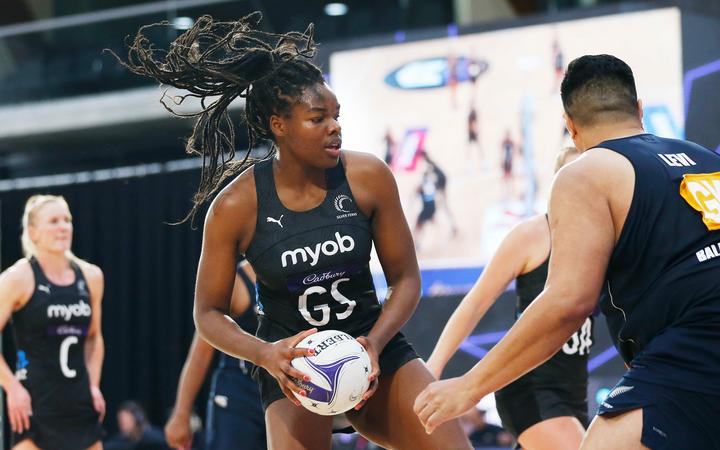 The three test series against the England Roses will be the first international netball to be played since the COVID-19 pandemic.

“I think this series is a significant moment for netball globally in what has been one of the most challenging seasons,” Taurua said.

“To be able to play the first international Netball Test match post COVID is testimony to the hard work that has gone on behind the scenes and from a wide group of athletes. I would like to pay kudos to the Roses, who have committed to this Series especially factoring in travel and quarantining it shows a massive commitment to our sport.”

The first test is on Wednesday night with all three in Hamilton.