It’s no Las Vegas, not even close.

But New Zealand-Samoan boxer, Joseph Parker, is doing what needs to be done to prepare for his heavyweight boxing showdown against Junior Fa next month. 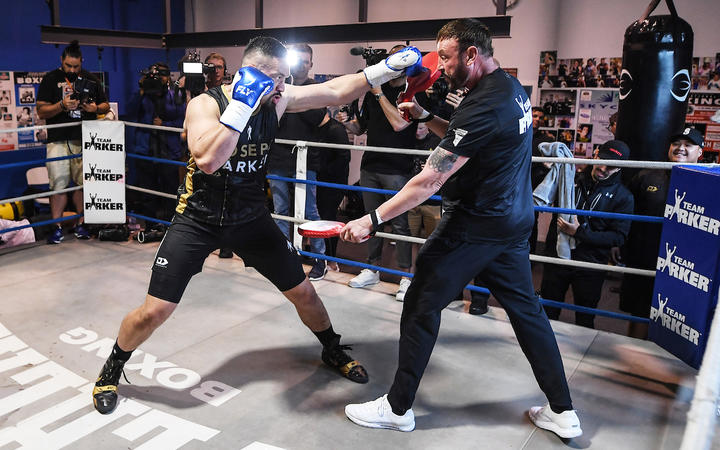 The two New Zealand-based rivals have a long-standing history. They’re had two wins apiece at the amateur level, both hail from South Auckland, have Pasifika heritage and are also affiliated to the same church.

But their training camps couldn’t look any different.

Fa is doing his preparation work in Mt Eden.

Parker is training on the opposite side of the biggest Polynesian city in the world, Auckland.

In the suburb of Pakuranga, the properties look so inconspicuous it’s hard to imagine the former WBO World Champion is training inside.

The building still smells new, fresh with paint, with posters of Parker alongside other boxing royalty adorning the wall.

When Parker enters the ring here he has no issues with media crowding his space, stretching comfortably with cameras at every corner.

There’s no doubt he’s used to the attention.

But with Covid-19 restrictions preventing his team from bringing in boxers from overseas, there was some concern over finding suitable sparring partners.

New Zealand Olympian, David Nyika, joined the camp to help out, and Parker is confident the amateur light heavyweight boxer can present something similar to his Tongan opponent.

“David’s got the height and he’s got the reach to be able to give us what we need. He has an exciting future, achieved a lot in his career so far, and hopefully we can see more from him,” he said.

“He’s looking big, he’s looking strong and he’s right up there [compared with other sparring partners I’ve had].” 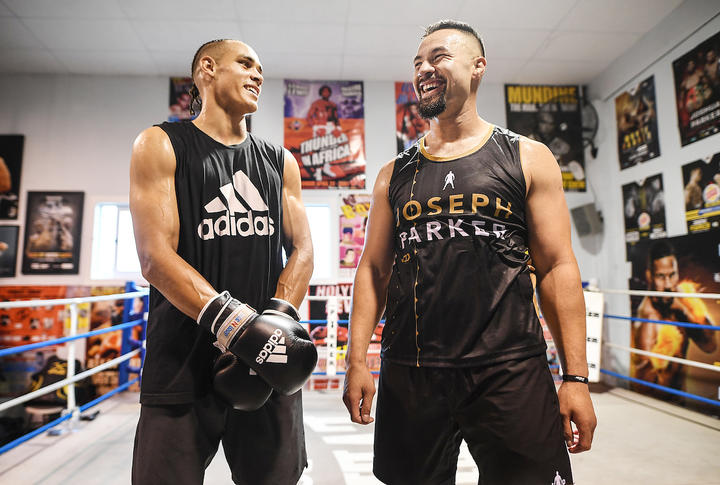 “It’s interesting, it’s very different. It’s a different culture, a different environment, but I’m still kind of settling into the Parker camp so just enjoying it while I’m going through it all.

“I’m loving it. It’s really cool to be able to join his camp and it’s a great opportunity to mix it up with some of the best.”

Parker’s trainer, Kevin Barry, said camp would pick up in the next four weeks and he’s confident Nyika could deliver the style they were looking for.

“It’s no secret that he is the most skilful player in New Zealand with back-to-back Commonwealth gold medals and qualifying for the Olympics, he has a high level of skill,” said Barry.

“He was always on the top of our list to have as part of our camp, especially once Covid hit and the chance of us bringing in overseas sparring partners were nil, it made his value a lot more important.”

In the eight years that Barry and Parker have been together, they’ve never done a training camp in New Zealand.

Barry said that was his main concern.

“To come down and conduct a training camp, not knowing what kind of condition he was going to be in when I arrived, it was a concern for me, and then with the lack of sparring was a major concern,” he said.

“But I mentioned to Joe I feel very relaxed and very comfortable at where we are at with our sparring programme, so camp is going well.”

Barry said there’s no denying Junior Fa was ready for this fight, but confidence goes a long way.

“We’ve studied him, we’ve watched the things that he has improved on… There’s a high level of confidence in their gym, and I’m sure he’ll be lapping it up and looking to call on all that confidence for a fight like this.”

“But when we talk about confidence, you don’t really know until you step out and that big light is on you how you’re going to react. Joseph has had 15 pay-per-view cards in New Zealand. In his career of 29 fights, 23 times he has been the lead act on a pay-per-view card, so we know what Joseph Parker does when the big lights come on, and we don’t know how Junior Fa is going to perform under the lights.”

And there’s no denying it, the cameras, bright lights, is nothing but the norm for this 28 year old. 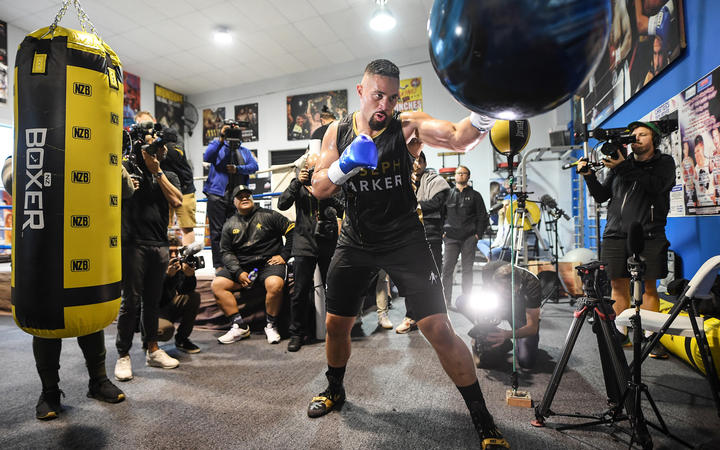 Joseph Parker is used to the attention while training
Photo: Photosport