The Central Pulse have shaken off a never-say-die game-long effort from the Northern Stars 52-48 to win the national netball premiership final in Porirua. 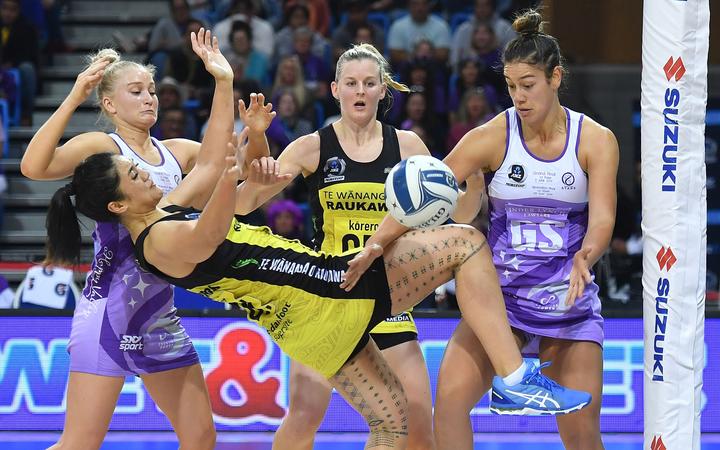 Beaten by the Southern Steel in the last two grand finals, the Pulse went into today’s game as heavy favourites after inflicting 26-goal defeats on the Stars in their last two matches.

But the northerners didn’t give an inch in a game which featured a smothering defensive effort from both teams.

Both sets of shooters returned dismal 67 percent success rates as the Pulse took a 12-10 lead into the first quarter.

Pulse goal attack Ameliaranne Ekenasio was briefly replaced by 18-year-old Tiana Metuarau at the first break, but returned to the fray midway through the second quarter.

The Pulse led 27-25 at halftime before controlling a low-scoring third quarter 13-9 to take a six-goal lead into the closing 15 minutes.

But the Pulse maintained their composure to wrap up the win, underpinned by some outstanding circle defence from recalled Silver Fern Katrina Rore and Sulu Fitzpatrick.

Pulse goal shoot Aliyah Dunn missed only three of her 43 shots on goal for a 93 percent success rate, while Ekenasio shot 13 from 19.