England Roses star Serena Guthrie says her side can’t wait to meet the Silver Ferns for the first international netball since Covid-19 disrupted the sport. 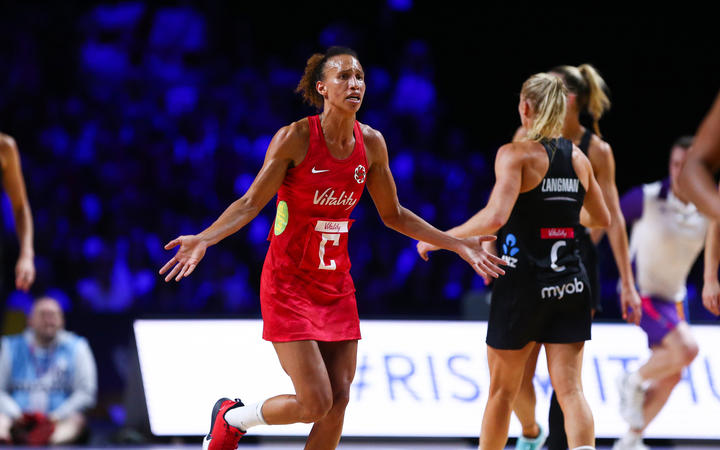 The team arrived in New Zealand last Thursday minus their coach Jess Thirlby, who tested positive for Covid-19 before the team left England.

Speaking from quarantine in Christchurch, Guthrie said it was a blow to the tour but they remained focussed.

“It was a big shock to the group but since then we’ve had no choice but to crack on we understand that there’s still a Test series to be played and that’s kind of how Jess would want us to conduct ourselves anyway,” said Guthrie.

“She’s not with us but she’s very much with us kind of virtually and on the other end of the phone at the moment. So we’re filling in the gaps where we can and just kind of cracking on the best we can.”

Guthrie said they were hoping to start training tomorrow.

“The girls are very much looking forward to that …we’re looking forward to reconnecting as a group and hopefully you know if test results come back negative then we can crack on as two groups tomorrow, two separate groups for a little bit longer and then hopefully be together as one large group in the near future.”

England’s Superleague competition had to be cancelled earlier this year due to impact of Corona Virus.

Guthrie said it had been hard watching New Zealand and Australia play out their competitions, albeit delayed.

“There’s no doubt you get a little bit of envy watching the girls out on court knowing that’s the one thing that you want to do …but just to see some netball being played from our point of view was really positive for the sport.”

While the Roses haven’t had the luxury of a full season the 98 Test cap veteran said they had been able to train as a group leading up to the tour. 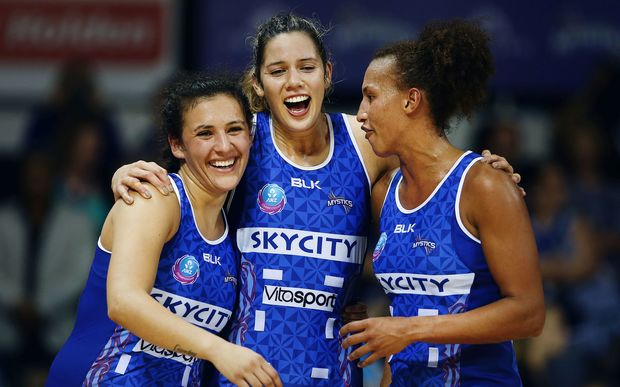 “We’ve been training for a good few weeks prior to coming out, so we’ve got some match play in there …the team are robust enough to cope with the tour.

“We’ve got ourselves into a really good position in terms of being able to pick up where we left off when we get through this quarantine stage.”

Guthrie and Jade Clarke are by far the most experienced players in the side, with 274 test caps between them.

“Me and Jade we love coming out here and we have got a new team and it’s an exciting team and I think from their part they’re champing at the bit to have an international tour. And from our part we just want to try and prepare the best we can and we’ll be supporting those younger team members as we go through.”

Guthrie said they didn’t know when their next international opportunity might be so they had to make the most of this one.

“It is cool to be able to step out in the red dress and I’m sure the Silver Ferns will be feeling excited about stepping out in the black dress as well and representing international netball.

“It’s key that we keep our sport out there in the international media, keep that momentum going and I think our fans are so excited to see some international netball. It’s been tough for female sport in particular back home so for us to be stepping out and trying to grab some momentum back after what has been quite a tough year is really really exciting.”

Guthrie played in New Zealand’s domestic league in 2015 and 2016 at the Northern Mystics when current Silver Ferns’ assistant coach Debbie Fuller was in charge and Ferns’ coach Dame Noeline Taurua was a consultant.

She said she loved her time at the Mystics, who really kick-started her professional netball career.

“I’ll always remember some good memories with Debbie, she’s a good crack isn’t she and a little bit creative. And she’s a great energy giver and you can see that in terms of her vibe and her energy that she has currently in the Silver Ferns.

“And I suppose having a bit of experience with Noels [Dame Noeline] – she’s a great leader, she’s great at creating good environments. You can clearly see that they’ve got that team ticking, so good on them and yeah those two characters particularly were really key in terms of me having a great experience at the Mystics.”

Guthrie is one of the best midcourters in the world and had many battles with recently retired Silver Ferns’ legend Laura Langman.

The last time the two met was at the Netball World Cup in Liverpool last year when New Zealand beat the hosts by three goals in the semi-final.

“It will forever bug me that I won’t get another crack at the whip against her [Langman] after that World Cup game but that’s just the way the cookie crumbles. For me I’m quite looking forward to going up against Gina Crampton …she’s a great athlete and we always have a good tussle so I’ll be looking forward to that.”