Researchers are utilising a kind of tag-and-release programme on rats in Fiordland to estimate their numbers and improve conservation efforts. 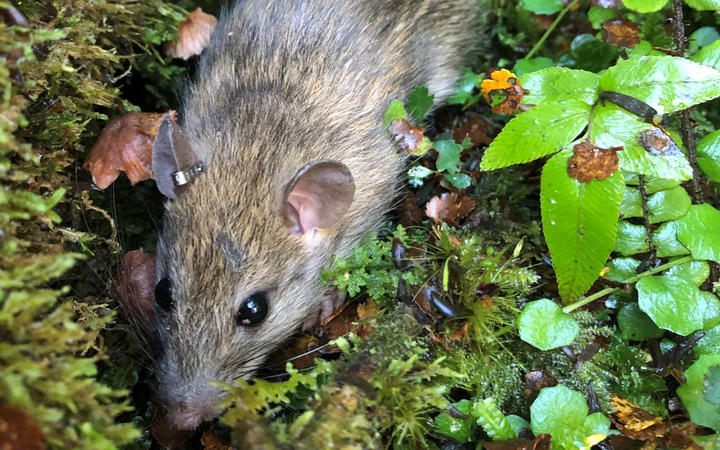 Researchers gave each rat a unique ID by inserting a microchip under the rat’s skin and placed a metal tag in their ear.
Photo: Supplied / Manaaki Whenua Landcare Research

The Manaaki Whenua Landcare Research-run study, at Lake Alabaster in remote Fiordland, is showing some of the highest densities of rats ever recorded on New Zealand’s mainland.

Researchers have live-captured 912 rats, which are microchipped and tagged before being released, so they can later determine how many rats live in the area by measuring the proportion of marked and unmarked rodents.

Since the study began 14 months ago, rats had been live-captured in cage traps at the site.

The researchers gave each rat a unique ID by inserting a microchip under the rat’s skin – like the type used for pet dogs – and placed a metal tag in their ear. The rat is then released.

It went against conservation norms, and had proved difficult for researchers, study lead Dr Jo Carpenter, a postdoctoral researcher at Manaaki Whenua, said.

“One of the hardest parts of this study is letting the rats go,” she said.

But in order to get a true idea of pest density, the team needed to use live-capture traps and release the rats to live another day.

The researchers hoped it would all be worth it in the end with the study informing a five-year research programme titled ‘More Birds in the Bush’, funded by the Ministry of Business, Innovation, and Employment’s Endeavour fund.

A key aim of the programme was to develop a kind of “weather forecast about rats”, where conservation managers would be able to predict what rats would do based on the climate and forest at their site, allowing more effective rat control and leading to more birds in the bush. 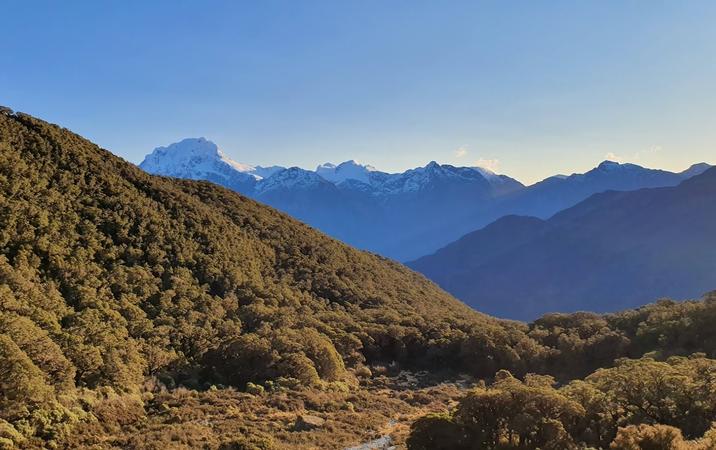 The study, run in conjunction with the Department of Conservation, was one of the first of its kind.

“This is one of the first studies to estimate the density of rats in South Island forests,” Manaaki Whenua researcher John Innes said.

“Normally, ecologists obtain relative measures of rat abundance or activity. While this is useful and reasonably easy to do, we often don’t actually know how those estimates relate to the number of rats that occupy an area.”

The phenomenal 17 rats per hectare measured after last year’s beech seed mast were some of the highest ever measured on New Zealand’s mainland, and showed the incredible ability of rats to multiply rapidly following beech seeding.

At high elevation researchers were even feeding rats to see what part food supply plays in the pests surviving colder temperatures.

“But it’s not clear whether that’s because rats can’t handle cold temperatures, or because there is typically less food, especially in winter, for rats in cold, high elevation forests.”

It was hoped by feeding rats at high elevations they could determine whether it was the cold alone or food supply which caused that.

“We’re still monitoring the population but it seems that food helped sustain the rats through the autumn. When we reached winter, though, the fed rats declined as much as the rats we didn’t feed. This suggests that another factor – perhaps temperature or predation by stoats – is limiting rats,” Dr Carpenter said.

The research could inform the implications of climate change on rat numbers.

“This is a really relevant question, because if it’s temperature that normally limits rats from living up high, and not food, we might expect to see high elevation forests supporting more rats as the climate warms,” Manaaki Whenua researcher Dr Adrian Monks said.

“This could have devastating consequences for some of our birds, which currently use these environments as refugia from pests.”