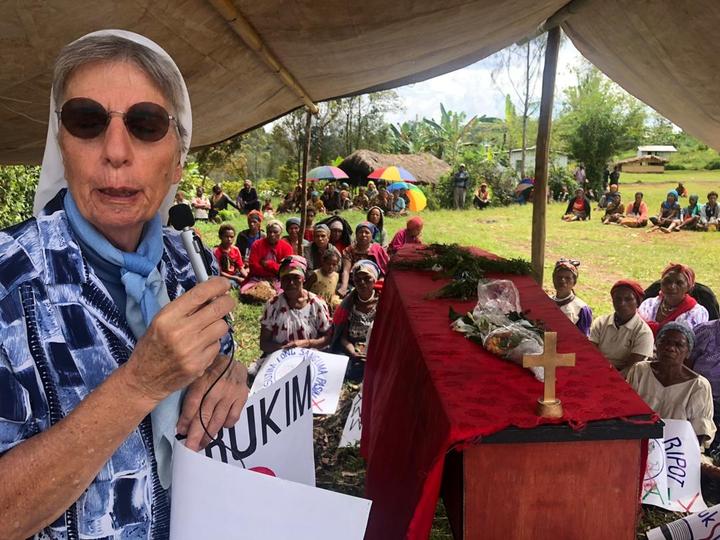 Sister Lorena Jenal speaks at a funeral for a victim of a sorcery accusation-related attack.
Photo: Supplied

She said, in addition, the Covid-19 pandemic had left the people confused, leading to a rise in cases where the victims are accused of practising sorcery.

Efforts by PNG’s government, civil society and community workers to spread awareness about sorcery accusation-related violence have increased in recent years. But the frequency of reported attacks suggests that the problem is more entrenched than ever.

Sister Lorena said in the most recent case in the Highlands a woman who had been sexually tortured by her own son, died after a prolonged struggle with depression.

The nun said she knew the family.

“I was able to talk very honestly with them. We were able to say that this cannot go on to our women. That [we] cannot any longer let that horror happen, because it’s against human rights, it’s against women’s rights and against everything that’s normal.”

It’s estimated as many as 200 people die each year and dozens more are left badly injured in attacks related to sorcery accusations.

Having been in PNG for more than 30 years, Sister Lorena has gained international recognition for her efforts to help the victims of these violent attacks. 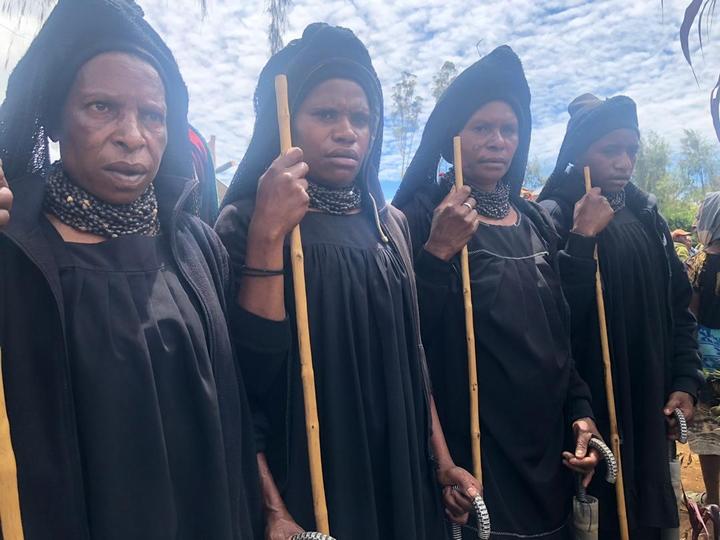 Highlands women attend a funeral for a victim of a sorcery accusation-related attack
Photo: Supplied