The French Polynesian opposition has criticised the government’s inaction to commission an independent study of possible links between the French nuclear weapons tests and intergenerational conditions.

Last month, Eliane Tevahitua of the Tavini Huiraatira submitted a written question to the government asking for an update on the study. 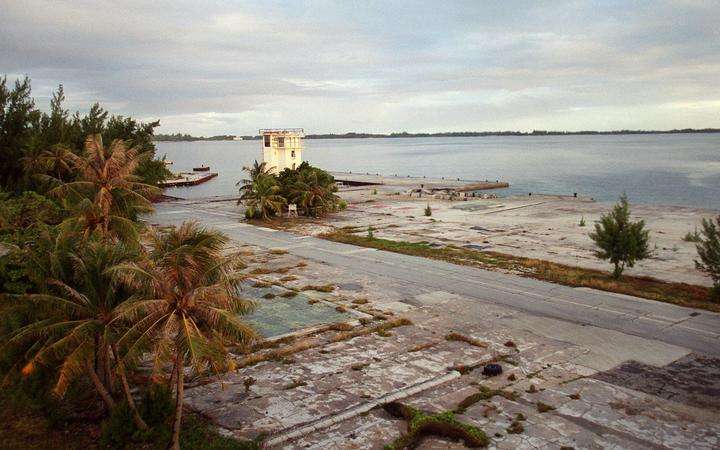 In reply, the government said anomalies were hard to be attributed and could be due to a range of factors but didn’t mention radiation emanating from the nuclear blast as a possible cause.

In 2018, a study was planned after the former head of child psychiatry in Tahiti Christian Sueur reported pervasive developmental disorders in zones close to the Morurua weapons test site.

Dr Sueur noted that of the 271 children he treated for pervasive developmental disorders, 69 had intellectual disabilities or deformities which he attributed to genetic mutations.

He also reported that on Tureia atoll, a quarter of the children present during the 1971 blast had developed thyroid cancer.

Dr Sueur said in 2012 among the atoll’s 300 residents there were about 20 conditions believed to be radiation-induced.

He said the genetic conditions were found mainly in children whose parents and grandparents had been exposed to radiation from the atmospheric weapons tests in Moruroa between 1966 and 1974.

The findings – reported in the Le Parisien newspaper – caused an uproar in Tahiti and the French Polynesian president Edouard Fritch accused Dr Sueur of causing panic.

A French military doctor said his team had found nothing out of the ordinary.

He told Le Parisien that the behavioural and developmental problems in children were linked to high levels of lead from car batteries used in fishing.

With Dr Sueur calling for an independent study, the government approached a Japanese geneticist Katsumi Furitsu to carry out a study.

However she declined the invitation, with press reports suggesting she was dissuaded by the controversy surrounding the subject.

Ms Tevahitua said since then there has been no more action by the government and light had yet to be shed on the reported genetic links.

Until 2010, France said its tests were clean and had no effect on human health but Paris has since adopted a law offering compensation for victims suffering poor health because of exposure to radiation. 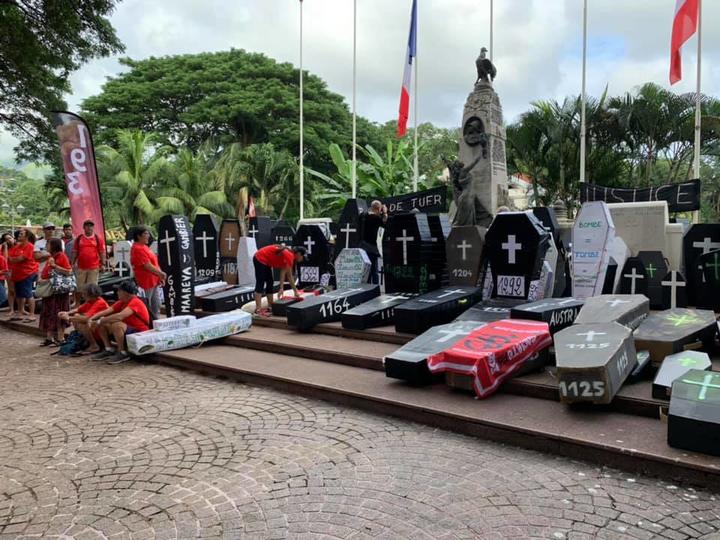 A demonstration in French Polynesia to mark the 53rd anniversary of France’s first atomic weapons test in the Pacific.
Photo: Facebook/ Association 193