Te Pae Oranga was supposed to keep Māori out of court, but new figures show tangata whenua aren’t buying into it, leading to calls for the programme to be redesigned. 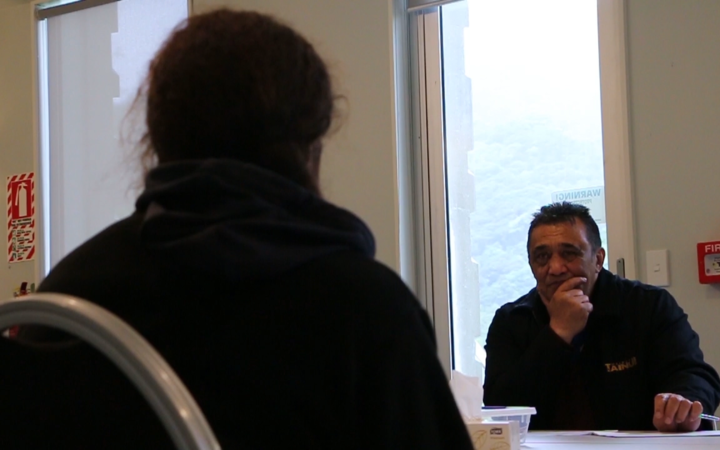 Latest figures released to RNZ show that Māori going before Te Pae Oranga or iwi justice panels are 22 percent less likely to complete the programme than their non-Māori counterparts.

Offenders must turn up to the panel, and then complete tasks set for them including but not limited to a verbal or written apology to the victim, drug and alcohol counselling, and reparations.

Only 54 percent of Māori completed Te Pae Oranga from January to March this year, just a 3 percent increase on 2019, in contrast to 76 percent for non-Māori, up 15 percent over the same period.

Police can refer anyone for an offence that carries a maximum penalty of six months’ imprisonment or less, excluding crimes such as family violence.

But only 18 percent of Māori going through the panels in Counties Manukau were showing up completed the work.

Papakura marae runs Te Pae Oranga in that area, and manager Tony Kake said: “Whānau are just not compliant, that’s why they’re not completing the whole process – because they just don’t follow the rules, and we don’t want to lock people up or chuck them into the court system either, that’s just clogging it up, [but] we don’t have the resources to keep going and keep trying to follow things up with them”.

He wanted to go back to the drawing board with police and completely redesign the programme.

“I think we need to sit down with the police and with whānau and design something that works better, a te ao Māori approach.”

Shane White oversees the programme at Hoani Waititi Marae in West Auckland, and agreed it had not been working as intended.

“This version of Te Pae Oranga – and I say this version because I still relate it back to what I feel is the template that it was built off, Te Whānau Awhina and that approach – has become in many ways a pseudo court system, which has never done us well.”

White said it needed to go back to those roots, starting with putting tangata whenua first.

“It should be a focused, targeted approach for Māori, I think that when it comes to the outcomes and the action plans that come off the back of a Te Pae Oranga hui, that a Māori person is best set to achieve those in a Māori setting.”

“The more communities, families and individuals that go through a tikanga-based process or a closer to tikanga-based process like Te Pae Oranga, Pākehā, tauiwi, Māori, whoever they are, the more that they have exposure to these kind of processes, the more that collectively we’re able to build alternatives that will actually help to reduce harm and help communities flourish,” Mead said.

“So I think the solution, rather than restricting the amount of people who have access to this ultimately beneficial process, is actually to expand by ensuring there is better resourcing, by ensuring that it isn’t a solution that’s only offered to people in certain communities, what we call post-code justice, which is the issue we have currently because Te Pae Oranga aren’t offered anywhere.”

The lower success rates for Māori were also a reflection of the lack of good will and trust tangata whenua had in the criminal justice system, Mead said.

“Depending on the action the time it takes for completion, it could be a lot longer and drug counselling or rehabilitation, if you’ve had that problem for quite some time, you’re not going to fix it in five to six weeks,” Haumaha said.

“For example, I can point to people who’ve come through – forbidden to drive or some driving offence that they’ve been referred to the panel with and the panel has recommended, ‘okay so part of the process will be to upskill you, put you on the He Tangata programme, a driving course, and we’ll put you on the process to getting a full licence’ – well, that takes two years.

“It hasn’t stagnated [the completion rate for Māori] because… some of the issues that we’re dealing with, some of the issues that are referred are quite complex so it may well be that they’re appearing before on a certain offence type but sitting behind that is a multiplicity of issues and of course, our Whānau Ora navigators try to work those issues.”

He said Te Pae Oranga was only in places where there was strong iwi “infrastructure” to ensure the support services were available.

However, the lower completion rates for Māori in the likes of Auckland were partly explained by a lack of transportation, or difficulties with keeping track of people who were transient, he said.

Haumaha said the programme was always evolving and all the social service providers and Whānau Ora navigators that worked with offenders met last week to discuss improvements.