World No 1 Novak Djokovic has been sensationally disqualified in the US Open fourth round after striking a line judge with a ball during the first set of his match against Spain’s Pablo Carreno Busta. 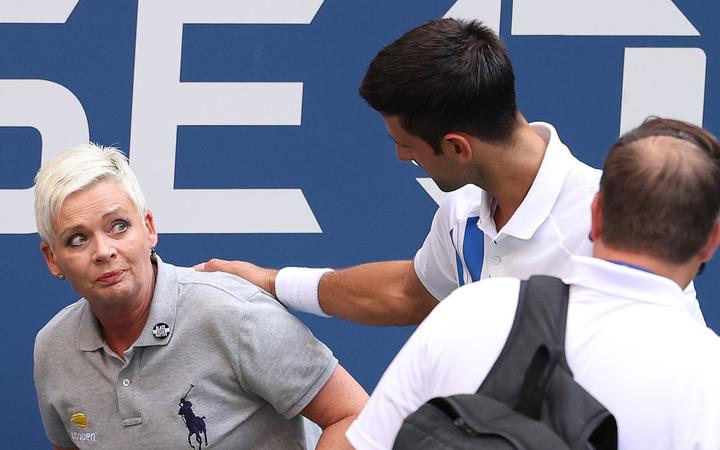 Novak Djokovic checks with the line judge he hit with a ball during the match that saw him thrown out of the US Open in New York.
Photo: AFP

Djokovic was becoming frustrated after failing to take the opening set and suffering a fall and having dropped serve to trail 5-6, he hit a ball reasonably hard to the back of the court, striking a female line judge.

He immediately apologised and stood over her before becoming involved in a lengthy exchange with the tournament referee.

Under the rules of the game there is no option other than a default and despite Djokovic’s pleadings that he had not meant to hit the official, he was eventually disqualified.

Djokovic shook hands with a stunned Carreno Busta and trudged off to face the music. 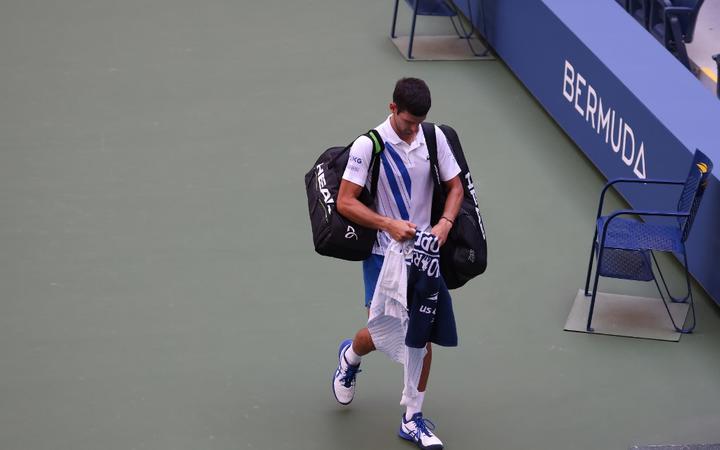 It was an incredible end to the top seed’s hopes of winning an 18th Grand Slam title – something that had looked increasingly likely as the fortnight progressed.

“It’s the right decision,” Tim Henman, who was disqualified from Wimbledon for a similar incident in 1995, told Amazon Prime. “He is not aiming for the line judge, but has hit the ball away and you have to be responsible for your actions.”

The Grand Slam rules state: “Players shall not at any time physically abuse any official, opponent, spectator or other person within the precincts of the tournament site.

“The referee, in consultation with the Grand Slam chief of supervisors may declare a default for either a single violation of this code.”

Djokovic was the heavy favourite to win the men’s singles title at the US Open, which is being played behind closed doors and is the first Grand Slam to take place since the beginning of the coronavirus pandemic.

Going into the match against 20th seed Carreno Busta, Djokovic had not lost a singles match in 2020.

The 33-year-old was aiming for an 18th Grand Slam triumph to move closer to rivals Rafael Nadal and Roger Federer, who are not playing in New York, in the race to finish with the most men’s major titles of all-time.

It caps off a turbulent few weeks for the Serb. He tested positive for Covid-19 in June after organising the Adria Tour exhibition tournament in the Balkan region.

Djokovic was criticised for hosting the tournament amid a pandemic after Grigor Dimitrov, Borna Coric and Viktor Troicki also returned positive tests after playing in the tournament that was held in Serbia and Croatia.