Fishers are being warned to avoid parts of Lake Rotorua after a potentially toxic algae bloom was found in the lake.

Bay of Plenty Regional Council Rotorua catchments manager Helen Creagh said people fishing for trout should avoid those areas, and be cautious in nearby locations.

Cyanobacteria (also known as blue-green algae) occur naturally, but can form blooms due to warmer temperatures and excess available nutrients.

Some species produce toxins as they die, which may cause illness in humans and pets who drink or swim in affected water. Symptoms range from nausea and diarrhoea, to more serious conditions such as liver damage.

One of the methods used by the council under the Rotorua Te Arawa Lakes Programme to help prevent this is called alum dosing, which is a treatment used in incoming streams to control excess phosphorus in the water and stop algae from feeding off it. 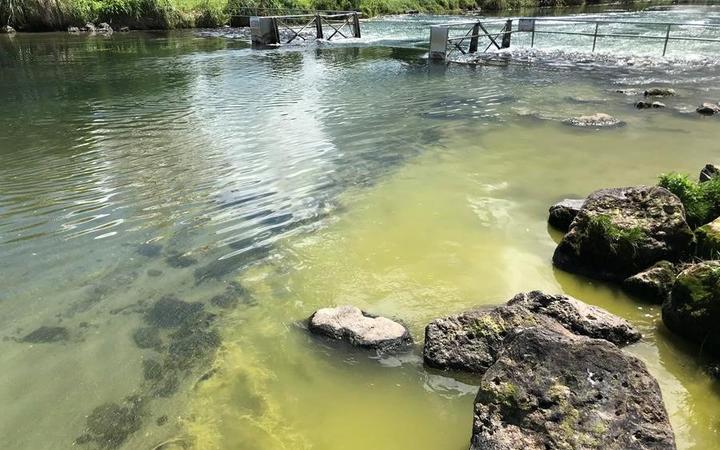 The dosing plants have already improved water quality in the lake, according to the council.

It manages two such plants, located near the Utuhina and Puarenga streams. Maintenance work is taking place on the Puarenga plant.

Creagh said the plant would be operational before Christmas and dosing would be increased, however, until then more blooms were likely.

It was likely that with warmer temperatures due to climate change, this type of bloom could occur regularly, she said.

“We will continue to monitor the situation and any updates will be available on the Rotorua Te Arawa Lakes Programme’s website, as well as Toi te Ora Public Health,” Creah said.