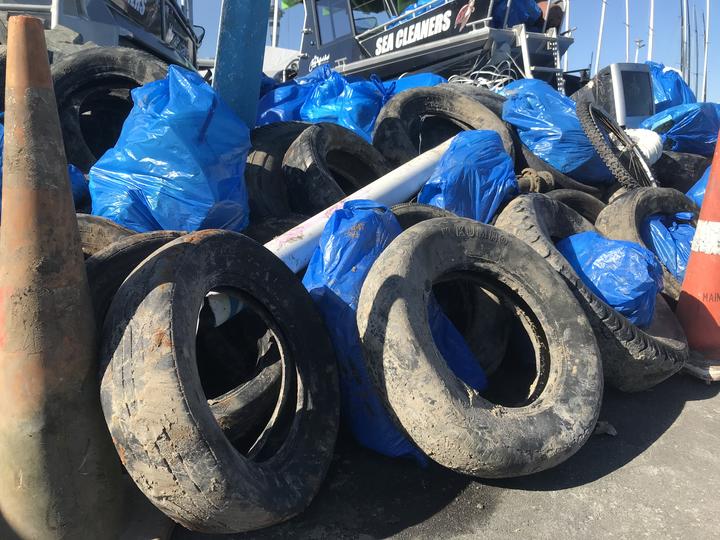 At the end of last month, the government announced a major change in how it deals with waste – six compulsory end-of-life product management schemes which put the onus on manufacturers, importers and retailers to take responsibility for the stuff we buy when we don’t want it any more.

It’s not just about who pays for waste to go into landfill. It’s about turning used goods into something useful, Associate Environment Minister Eugenie Sage said at the launch. Tyres into roading, paint into concrete, plastic packaging into fence posts and water slides.

“New Zealanders’ expectations about waste have changed. We need new approaches such as regulated product stewardship, which will help reduce the environmental impacts of waste by ensuring that products and materials currently lost to landfill or pollution are recovered, reprocessed or re-used. This encourages new businesses and jobs.”

Regulated product stewardship. It sounds deadly dull. But it’s getting people excited – And it might just make a difference to our waste problem.

On today’s episode of The Detail, Nikki Mandow talks to Adele Rose, chief executive of waste minimisation organisation 3R Group; Rob Langford, chair of the Packaging Forum; and two guys at the wrong end of our throw-away culture. Hayden Smith has spent 20 years pulling rubbish out of New Zealand’s oceans and waterways through his company Sea Cleaners, and Henry Pratt skippers one of his boats.

“They will highlight what’s happening in the waste sector, because for so long we have been down at the bottom of the cliff, tucked away in the mangroves dealing with this waste, out of sight and out of mind.”

Tyres are a classic example. Something like 6.5 million tyres come into New Zealand every year – and astonishingly around three million of them just disappear. Buried under someone’s farm, piled in a barn, tipped off the back of a ute, taken to the tip.

They are a hazard, leaching chemicals into waterways. And tyre fires – all too often deliberately lit – create big environmental and safety problems.

An all-industry stewardship scheme for tyres was first mooted 20 years ago, Adele Rose says, and the industry came together with a developed proposal in 2012. But Tyrewise was rejected by two National Environment Ministers, Dr Nick Smith and then Amy Adams.

“We were told the cost benefit analysis didn’t stack up. It was gut-wrenching.” 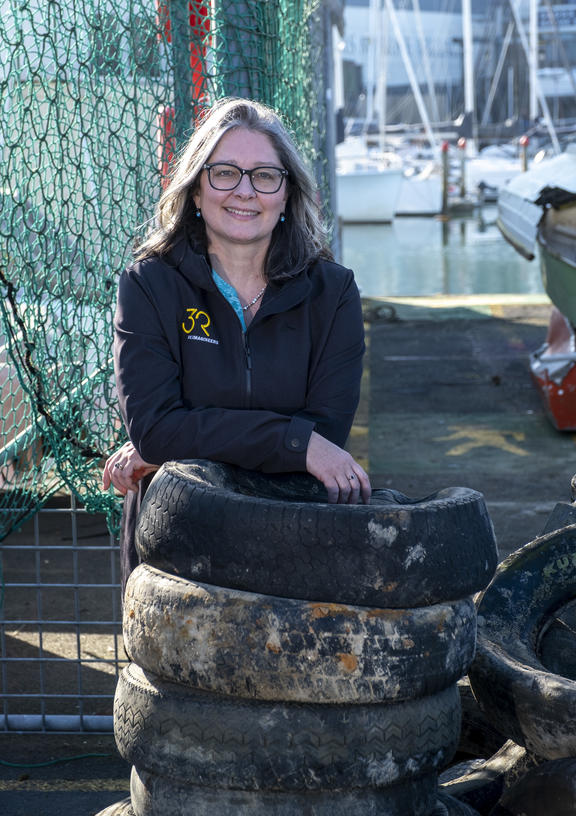 Now stewardship is back on the Government’s agenda, with the Tyrewise scheme proposing to collect $5.50 for each passenger tyre that comes into New Zealand – more for bigger tyres. The millions raised will be used to pay for tyres to be collected from mechanics, but will importantly be used for research and development into ways to use the old tyres.

The Government gave Fletchers $13.7 million in 2017 to adapt its Golden Bay cement plant near Whangarei to use shredded tyres instead of coal as a fuel source. Once the plant comes on stream later this year, it will burn three million tyres (half our annual used stock) and cut carbon emissions from the process.

But that’s just the beginning, Adele Rose says. While tyre-derived fuel is an essential first step to reduce our tyre mountains, she sees it as a stop-gap to give us time to find longer-term solutions.

“If you take a product and use it for heat energy, you’ve just used it one more time and then it’s gone forever. The idea in a perfect world, and plus 10 or 15 years from where we are today, is you would be keeping the product in for-ever use.”

That could include using rubber in roading, as an earthquake stabiliser or buffer in construction, and in glues and matting.

“One example I love to quote because it seems incredible to me, is in Taiwan they make wetsuits and use carbon black, which is a derivative of tyres, in the manufacture of those wetsuits. And they are sold for hundreds to thousands of dollars.

“So think of a tyre that is currently covered in mud and pulled out of a swamp and you are making a high end, high value product.

“That is where New Zealand needs to be.”